All Masses cancelled after March 20. The church will be open for prayer Saturday from 4 to 6 pm and Sunday from 9 am to noon. The sacrament of Reconciliation will be available Saturday (4-6 pm), as well as Sunday from 9 to 10 am. For Monday to Friday, the church will be open for prayer from 9 am to noon, with reconciliation available from 9 to 10 am. Church bulletin will be published online; paper copies available when church is open. 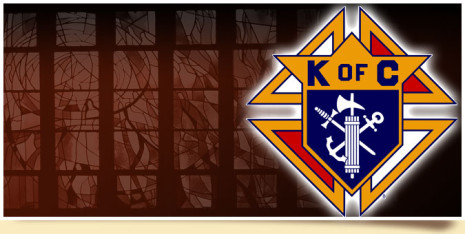 The Knights of Columbus is the world's largest Catholic fraternal service organization.  Founded by the Venerable Father Michael J. McGivney in New Haven, Connecticut, in 1882, it was named in honor of the mariner, Christopher Columbus.  Originally serving as a mutual benefit society to low-income immigrant Catholics, it developed into a fraternal benefit society dedicated to providing charitable services, promoting Catholic education and actively defending Catholicism in various nations including the United States, Canada, Philippines, Mexico, Poland, the Dominican Republic, Puerto Rico, Panama, Guam, Cuba, the Bahamas, the Virgin Islands, and Saipan.